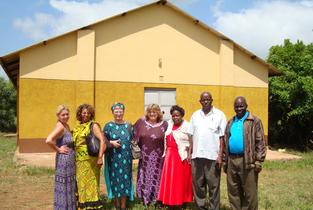 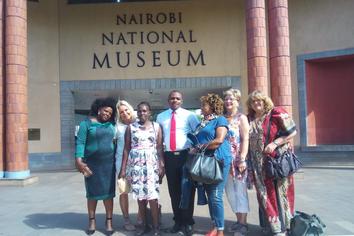 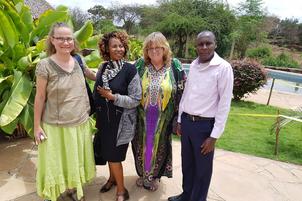 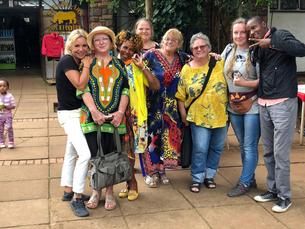 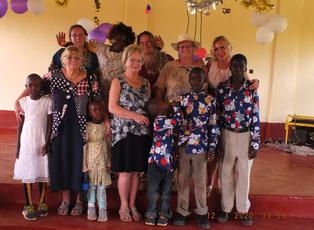 We are a Team of 6-8 people in the age between 30 and 75 years. Our chairwoman is Kenyan herself and the whole work is founded on her. She is owner of a very large piece of land there, which is at the deposal for our work. Besides several Pastors from Kenya belong to our team. Everything started in the year 2000, when Tabitha, our chairwoman, was obedient to to God and decided to start that work. In the meantime a lot of children are supplied and a work with the Kenyan Pastors was arranged. Just als Tabithas family in Kenya is involved to that work very closely. Our team partly spent the night there and was supplied with delicious Kenyan food.

​In 2014 a container with humanitarian goods was sent to Kenya. At the same time our team was on tour to help physical but also to evangelize.  In the same year the first  test drillings for the water well started. And they found water. Halleluja! In 2015 by help of a private loan the first water well was dug, which was finished in January 2016. Now pipelines have to be installed to supply humans and animals in the whole area with clean water. Furthermore we intend to expand the water system, to dig more water wells and to build water reservoirs. All that must be financed and the private loan must be paid back.

​In 2015 we continued our operation in Kenya. Again we could help a lot, especially with donations of food and clothes. Furthermore there could be mediated some new sponsorships. Meanwhile about 130 children are in support.

In the end of 2014 / beginning of 2015 the association "Ein Herz für Kenia Nürnberg e.V." was founded, which inserts intensively for the project and works together very closely with a Kenyan association which was founded for the same reason. ​

Once again, in January 2016 a German team has been to Kenya. This year we visited especially the families of our god children to bring help directly there. It is really absetting to see the poverty of those people. And they are so very thankful for everything! Once again we were able to help with donations of clothes and food. Besides we bought goats for some families to help them help themselves. Because of some generous money donations we were able to pay school fees for several children.

And also 2017, 2018, 2019 and 2020 we have been there with a team. In 2017 the inauguration of our first building came to the fore (in the near future it will serve as a multifunctional building for services, presentations, group meetings, kindergarten etc.). We startet in the middle of 2016 with that buildung and it could be inaugurated in January 2017. 2019 our first orphan's home was finished and a safety fence was built around the whole area. Our 1st school was completed and opened in 2021.
​

We are so grateful that our project is blessed abundantly. Our team meets regularly to pray for and prepare our next operation which will be probably during the year 2021.

By the way, we like to receive speaking invitations to introduce our project in detail, provided they are not too far away.